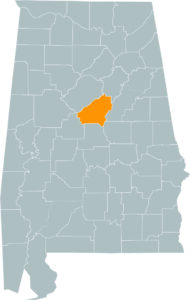 UB Community Development, LLC (UBCD), a community development partner of United Bank, provided $2,050,000 in Community Facilities Lending funds for the redevelopment of the historic Victory building, the construction of city storm shelters and park upgrades in the city of Montevallo.

The historic mercantile building, which was adjacent to the old City Hall, had been home to Victory Automotive for years until the dealership moved out near the interstate. The old building had been the dealership’s paint and body shop until it closed in 2012. At the same time, the city was rapidly outgrowing its municipal building and was looking for additional space.

The City was eventually able to purchase the property as well as the lot across the street in 2019. The land totaled 1.4 acres, and plans were made for 12,000 square feet of space for future projects including storage for city records.

The City is renovating the old building and has secured a brewery, two restaurants and a bike-sharing program as tenants. The City will benefit from the additional municipal space as well as sales tax and rental revenues from the tenants.

The project, which reinvested in the city’s downtown and also preserved the community’s history, is part of an ambitious plan to upgrade and renovate many parts of the city. The community-wide projects are supported by the Montevallo Development Cooperative District, which operates in conjunction with the University of Montevallo and Shelby County.

In addition, the City is working to renovate Dailey Park, which is located in a public housing neighborhood. The upgrades will include ADA-accessible playground equipment, basketball courts, a walking track and parking places, providing a fully accessible public recreation space for residents.

Since 2016, the U.S. Department of Treasury, through its New Markets Tax Credit Program, has awarded United Bancorporation of Alabama (OTCQX: UBAB), the parent corporation of United Bank and UBCD, $185 million in New Markets Tax Credit allocations. UBAB, and subsequently UBCD, are the only community development entities (CDE) headquartered in Alabama to receive a NMTC allocation from Treasury in the last decade. This success was made possible largely because of United Bank’s designation as a Community Development Financial Institution (CDFI) and the organization’s unwavering commitment to its CDFI mission to bring positive and sustainable economic and quality-of-life improvements to underserved communities, not only in its traditional banking footprint, but throughout the entire states of Alabama and Florida.

Additionally, UBCD, as the community development management entity for UBAB, manages a $40 million Community Facilities Lending Program, which provides accessible, low-cost capital to local government and nonprofits in rural areas. Finally, UBCD offers Community Housing Capital (CHC) investments as part of its commitment to strong inclusive neighborhoods and diverse housing opportunities. CHC investments are partly funded by Capital Magnet Fund (CMF) awards allocated through the US Department of Treasury. Since 2017, United Bank has been the recipient of three CMF awards totaling $18 million. Like the New Markets Tax Credit awards, United Bank is the only Alabama-based bank to receive and administer these programs.