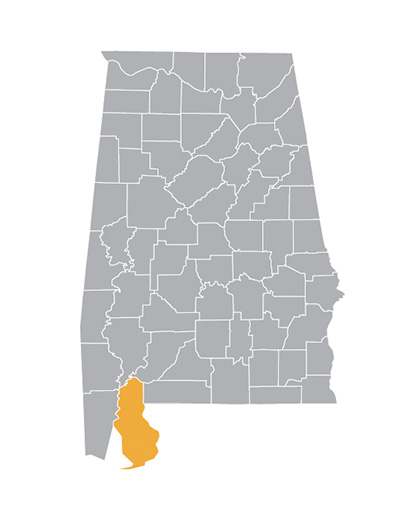 Sweet Brew Tea & Sugar Company, which is based in Loxley, Alabama, sells and distributes a patented system for brewing sweet tea and lemonade in commercial settings. The company has a national distribution network, and offers custom solutions for restaurants, hospitals, convenience stores, large franchise chains, and entertainment venues. Sweet tea is currently the fastest growing beverage category in the U.S.

Fueled by demand and the popularity of their brewing system, the company began eyeing the construction of a second production facility.

“Without the NMTC investment, the facility in Bay Minette would not have been built,” said Paul Stewart, president and co-founder of Sweet Brew. “A significantly smaller investment using the limited internal capital resources would have been made to the facility in Loxley. The smaller Investment would have created only about two to four jobs, and the expansion would have occurred over a much longer period of time — five or more years.”

“This expansion will allow us to expand our output, create more jobs, and positively impact the health of our company. We are thrilled to be a river for robust job creation and economic activity in Bay Minette and north Baldwin County,” Stewart said.

Since 2016, the U.S. Department of Treasury, through its New Market Tax Credits Program, has awarded United Bancorporation of Alabama (OTC: UBAB), the parent corporation of United Bank and UBCD, $120 million in New Market Tax Credits allocations. UBA, and subsequently UBCD, are the only Community development entities (CDE) headquarted in Alabama to receive a New Market allocation from Treasury in the last decade. This success was made possible largely because of United Bank’s designation as a Community Development Financial Institution (CDFI) and the organization’s unwavering commitment to its CDFI mission to bring positive and sustainable economic and quality-of-life improvements to underserved communities, not only in its traditional banking footprint, but throughout the entire states of Alabama and Florida.

Additionally, UBCD, as the community-development management entity for UBA, manages a $40 million Community Facilities Lending Program, which provides accessible, low-cost capital to local government and non-profits in rural areas. Finally, UBCD also manages the $4 million Capital Magnet Fund Award that Treasury recently provided to United Bank. The CMF award requires UBCD, in conjunction with United Bank, to inject at least $40 million in capital to facilitate accessible, affordable and quality housing communities. Like the New Market Tax Credits awards, UBCD is the only Alabama-based entity to receive and administer these programs.

UB Community Development’s strong history as an experienced leverage lender in New Market Tax Credit transactions, coupled with our passion for improving the communities we serve, have earned UBCD the reputation as Alabama’s premier financial partner for economic and community development. 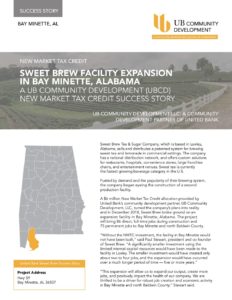